Comparatively, the maximum absorption of CBD oil is 45 minutes. The Green Organic Dutchman Holdings (TGOD) and Caliper Foods on Monday unveiled positive results from a preliminary human pharmacokinetic study of Caliper CBD, a proprietary water-soluble powder that can be added to foods and beverages.

In a statement, TGOD said it will market soluble organic CBD products in Canada in December with "fast acting formulations" that take advantage of this technology with its line of teas, shots, chewing gum. and ready-to-drink organic drinks.

Likewise, in the United States, Caliper Foods plans to launch Caliper CBD, its own line of soluble, precisely dosed CBD products in the fall.

"We are delighted with the results of the pharmacokinetic study, as they confirm the improved bioavailability and consistent absorption rates of our proprietary ingredient technology, which can infuse CBD and THC," said Keith Woelfel , director of research and development at Caliper Foods.

“This study confirms that consumers absorb 4,5 times more CBD with Caliper CBD than with MCT-based CBD oil,” he added.

Medium chain triglycerides, or MCT oil, are most commonly extracted from coconut oil because over 50% of the fat in coconut oil comes from MCTs.

to read :  US Food Agency to Make CBD Debate Public

Preparation of the next phase of the clinical study

“Our research and development team is working closely with TGOD on the next phase of the clinical study, which, if it confirms the pharmacokinetic results in other product forms, will make the Caliper Foods and TGOD product lines very distinct in terms of quality, ”Woelfel said.

For the study, half of the participants were given 30 mg of water-soluble CBD powder from Caliper Foods in 236,6 ml of water, while the other half received 30 mg of CBD mixed with MCT oil. Blood samples were taken at predetermined times over a six hour period.

Early data indicates that the group that received Caliper's CBD showed faster absorption, with higher concentrations achieved in 15 minutes compared to the maximum concentration achieved in 45 minutes with CBD oil, and bioavailability. total observed 4,5 times higher. Most of the CBD was eliminated from the body after about 6 hours in subjects who received CBD from Caliper and CBD oil, however a faster reduction in the presence of CBD in the body was observed in subjects. having received CBD from Caliper after 45 minutes.

The companies will now conduct a confirmatory Phase 1A pharmacokinetic clinical study to test Caliper CBD technology in the product line planned by TGOD, including beverages, teas, herbal teas and capsules. The study will be conducted with a leading American academic institution.

Ensuring the consistency and accuracy of the assay

TGOD Scientific Director Dr. Rav Kumar said the Canadian medical cannabis company is delighted with the “consistency and precision” of Caliper's technology available in Colorado, which TGOD will market in Canada.

to read :  CBD and vitamins: the winning combination against autoimmune diseases?

“Based on this early data, Caliper CBD provides a higher and faster level of absorption compared to CBD infused oil, which opens up a number of possibilities for the medical market and well. -be, ”said Dr Kumar.

“Patients and consumers are increasingly better informed, and we plan to respond to market demand for organic CBD and THC products, supported by scientific data and clinical evidence. We look forward to our Phase 1A PK clinical results in time for Cannabis 2.0 in Canada, ”he added.

Caliper Foods technology is a suite of solutions soluble in water fast-acting, calorie-free that can simply and easily infuse cannabinoids into food and drink. TGOD has entered into an exclusive agreement with Caliper Foods to license the use of Caliper CBD's ingredient technology in Canada and certain international jurisdictions outside of the United States.

The Green Organic Dutchman is currently constructing more than 148 square meters of growing and processing facilities in Ontario, Quebec, Jamaica and Denmark, with a planned production capacity of 000 kg.

It has organic CBD oil operations in Canada and through its subsidiary, HemPoland distributes premium CBD oil in the European Union. 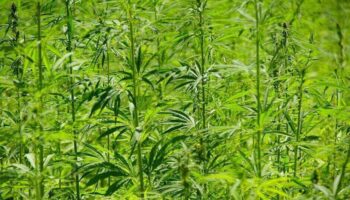