New molecular insights into the structural biology of medical cannabis

Researchers from the European Molecular Biology Laboratory (EMBL) in Grenoble (France) studied the interaction between D9-tetrahydrocannabinol (THC) and certain proteins to which it could bind.

In a recent study, they showed in vitro that THC inhibits an important human enzyme called autotaxin. This enzyme is involved in many different cell functions, including the production of a molecule called lysophosphatidic acid (LPA), which stimulates cell proliferation. A dysregulation of LPA production can lead to the development of lung cancer, inflammation or fibrosis. Autotaxin is therefore a major target for drug development.

In several European countries and in North America, medical cannabis or cannabinoid-based drugs are authorized for therapeutic purposes. The cannabis plant contains over 100 cannabinoids, THC and cannabidiol (CBD).

Le THC and CBD are administered in different pharmaceutical forms, showing therapeutic effects such as pain and inflammation relief.

According to previous clinical trials, drugs containing cannabinoids can help reduce the symptoms of mental disorders such as epilepsy, Alzheimer's disease, asthma and cancer, and prevent weight loss during clinically challenging treatments for AIDS and various forms of cancer.

to read :  Study finds youth cannabis use not related to adult brain structure

However, understanding how THC and other cannabinoids interact in our cells would allow THC to be delivered more efficiently in therapeutic contexts.

Autotaxin is a secreted enzyme that produces the most potent phospholipid, lysophosphatidic acid (LPA), in the body. The enzymatic activity of autotaxin converts its substrate, lysophosphatidylcholine (LPC), into LPA and choline. Excess autotaxin levels and activity can occur in response to epithelial cell/tissue damage leading to elevated LPA levels. LPA binds to LPA receptors on myofibroblasts, thereby triggering a signaling cascade that leads to myofibroblast activation/differentiation.

Structural biologists seek to elucidate, at the atomic scale, the three-dimensional structure of molecules, such as proteins or enzymes, and the way in which they interact with each other. These structural results then provide insight into the particular function of molecules and how to modulate their activities with specific compounds, which is crucial for developing effective drugs.

During their study of THC, the team obtained the three-dimensional structure of the cannabinoid THC bound to autotaxin. Using macromolecular crystallography with the EMBL beamline at the PETRA III synchrotron in Hamburg, they were able to establish the molecular basis of how THC inhibits this enzyme.

to read :  Pathogens in California grass

The identification of this enzyme as a binding target for THC expands knowledge about this cannabinoid and provides more data on its possible therapeutic effects at the molecular level and how the medical cannabis could contribute to therapy.

"Autotaxin is an essential enzyme in humans," said Mathias Eymery, the team's PhD student. It is responsible for the production of LPA, an important membrane-derived lipid signaling molecule that mediates many different cellular functions. Deregulations of LPA production by autotaxin are known to have a role in the development of cancer, inflammation or pulmonary fibrosis. »

In vivo studies are needed to confirm that the binding between autotaxin and THC is related to the therapeutic effects of THC administration – because the main known targets of THC in the human body are the cannabinoid receptors CB1 and CB2, which mediate the psychoactive and analgesic effects of cannabinoids.

Further research will determine the potential of cannabinoids for medical research and drug development. 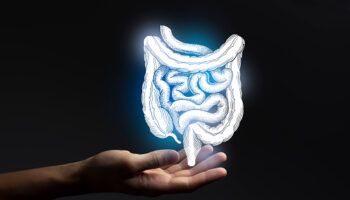 Cannabis linked to improvements in patients with inflammatory bowel disease 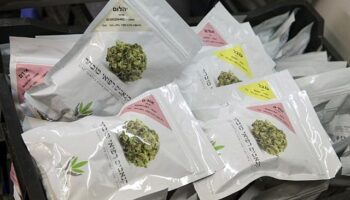