In Arizona, prescription patients have smoked, sprayed, fed, eaten or consumed about 61 tons of cannabis products in 2018, according to state records.

The Department of State Health Services has released its annual year-end report on Monday January 14 and as usual, it has a ton of interesting data for anyone interested in the experience of the year. Arizona and its legal weed.

The numbers that catch the eye

The dispensaries of Arizona have sold 2,5 tons of edible products just last year. It happens to be the equivalence of all the medical products sold in 2012 dispensaries in Arizona.

In December 2018, 852 other caregivers and 5 449 registered clinic agents meant that last month, 192 303 people in Arizona were protected from the state's "anti-marijuana" laws. About 130 dispensaries are spread throughout the state.

The sharp increase in concentrate sales occurred despite a decision by the State Court of Appeal that these products were not covered by the protections provided by 2010's law. Dispensaries and patients ignored the June decision and continued to sell, buy or consume these concentrates until 2018 until the Supreme Court made a final decision. that said, the court announced last week that it would review the decision on appeal. If the court upholds this decision, next year's "derivative" sales category will be considerably lower.

2018's patient demographics were remarkably similar to those of 2017, according to the report since the beginning of the year. For example, the 18-30 group represented 26,57% of all patients in 2017 and 26,08% of patients last year. The records indicate a slight increase in the number of patients under the age of 18 and from the 71 group to 80 years. The program became a little more feminine last year, with women reaching 40,02% of patients in 2018, compared to 38,35% in 2017. Nearly 88% of all patients report "chronic pain" as an eligible condition.

"The overall ability to support the market is strong," said Keven DeMenna, who is lobbying on behalf of theArizona Dispensaries Association. "Private equity continues to pour into this market," he added, highlighting recent media deals such as MedMen of California, which opened its first store in Arizona last month. "It's a very strong market with more potential," he said.

DeMenna expects the strong growth of the industry to continue in 2019, all depending on the next court decision on extractions. 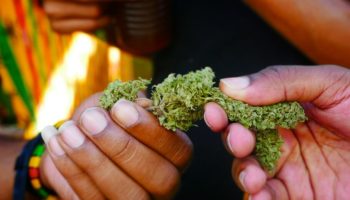