Anne Hathaway proves to be a stoner

Anne Hathaway during a 4/20 (or 420) appearance on Watch What Happens Live revealed her level of stoner. To begin with, Andy Cohen described Anne Hathaway as "ever so thoughtful, of good word and kind"… Then he asked her to give it all up and be brutally honest. When they started playing Plead the Fifth, a question and answer game where you have to be sincere and without taboos. Hathaway was therefore very honest about cannabis ...

The 34-year-old actress was invited by Andy Cohen to the TV game Plead The Fifth. And specifically to rank his level of recreational marijuana use, aka his practical level as a stoner… Andy started the three question game by noting that it was 4/20, which is a term, a code to smoke marijuana.

to read :  The legal weed has reduced the number of deaths caused by analgesics by 35%

With her courage, full hand, Anne Hathaway swallowed some tequila. This to help him in his revelations, on television… Andy Cohen asked him the first question… He started with a photo that went around the table. A certain Anne Hathaway was there, and she smoked a huge joint in 2013… Cohen asked her how fat he was, on a scale of 1 to 10.

His immediate response? A raised eyebrow, followed by a devilish smile. "I'm not the small type (stoner)"Hathaway said, keeping his smile on. Cohen was taken aback and shouted, “Aren't you the small type? Hathaway quickly turned around, and quickly added:

"But here's the answer: I'm a parent and I don't want to be arrested, So I'll say zero «

Ok, she officially declared zero, but we've all already gotten our answer… The Oscar-winning actress, also clarified that she doesn't have her medical cannabis endorsement card.

to read :  The pizza with very fine herbs

Anne Hathaway, the mom at the Oscars

Anne Hathaway told Vogue in a 2013 interview that she desperately wanted to be a mother. Additionally, she married Adam Shulman in 2012. And, the couple welcomed their baby Jonathan in March 2016.

" Oh my God. I want to be a mother, and I look forward to loving my children with great pride. I can't wait to meet them. "

And of course, motherhood comes with a heavy responsibility ... Moreover, in this situation being a planetary star, you have to say "zero" on American national television! Especially, when you are asked what is the quantity that begins to go to your head ... Moreover on a scale of one to ten ... But "I'm not a little (stoner)" is definitely one of the most iconic things this great actress has said. And we thank her for that! 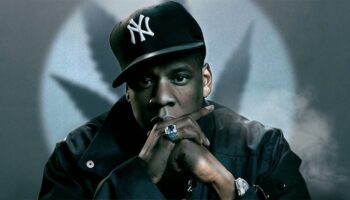