Know the structure and shape of cannabis

When examining a cannabis bud, you will notice an intricate knotting of different parts: tan-red hairs, whitish crystals, large buds wrapped in small leaves. But what exactly are these formations and what are their functions? This brief guide to the anatomy of cannabis aims to familiarize you with the plant in its full form.

Cannabis plants can be male, female, or both (hermaphrodites), however, what is secretly grown is often a female flower.

Female plants produce large resin-secreting flowers that are cut into round or pointed buds while males produce smaller sacks of pollen near the base of the leaves. Male plants pollinate females to initiate seed production.

The rare hermaphrodite plants contain female and male sexual organs that allow the plant to pollinate during flowering. This self-pollination is generally considered a nuisance in farmers because it spoils female plants by transmitting hermaphrodite genes.

to read :  Optimize the size of cannabis

Producers can ensure the sex of their plants by growing genetically identical clones or cuttings of a parental strain. Feminized seeds are also available through a special breeding process.

Anatomy of the cannabis plant

The cannabis plant is made up of several structures, many of which are found on any ordinary flowering species. Cannabis grows on long, lean stems with its large iconic fan leaves which extend from areas called nodes. Cannabis differs from regular flowers because it produces unique and complex shapes.

A cola refers to a cluster of buds that grow tightly together. While smaller colas form along the bud sites of lower branches, the main cola (sometimes called the apical bud or more vulgarly called the "head") forms at the very top of the plant.

The pistil contains the reproductive parts of a flower, and the vibrating, hairy strands of the pistil are called stigmas. The stigmas are used to collect pollen from males. The stigmas of the pistil begin with a white coloration and gradually darken to yellow, orange, red and brown as the plant matures. They play an important role in reproduction, but the stigmas add very little to the potency and taste of the flower.

A bract is what encapsulates the reproductive parts of the female. They come in the form of green teardrop-shaped "leaves" and are heavily covered with resin glands that produce the highest concentration of cannabinoids of any plant part. Surrounded by these bracts and imperceptible to the naked eye, the calyx refers to a translucent layer on the ovum at the base of a flower.

Despite their small size, it's hard not to see the crystalline resin cover on a cannabis bud. This resin (or "kief" when dry) is secreted by translucent mushroom-shaped glands on the leaves, stems and calyxes. Trichomes were originally developed to protect the plant from predators and the elements. These clear bulbous globes exude aromatic oils called terpenes as well as therapeutic cannabinoids like THC and CBD. The basis of hashish production depends on these trichomes and their potent resin. 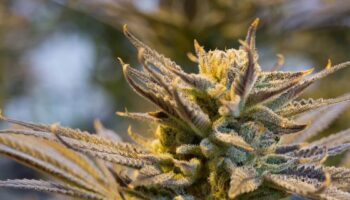 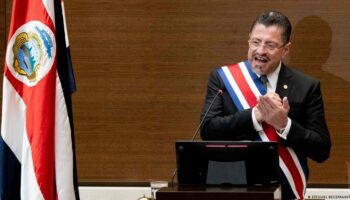