New research sheds light on the 'bliss molecule' anandamide. An international team of researchers led by Mario van der Stelt from the University of Leiden in the Netherlands recently identified how anandamide modulates emotional behavior in mice. This article was published in the journal Nature Chemical Biology.

Although this research in mice is promising, more clinical research is needed to understand if and how the N-acylethanolamines (NAE), which make up the endocannabinoid called anandamide, can help humans minimize the impact of traumatic memories.

That being said, Van der Stelt's groundbreaking research into the biosynthesis of NAEs in the brain and how anandamide affects emotional behavior in mice is supported by a wealth of evidence-based research (see below ). His team's latest findings on anandamide (2020) could lead to new pharmaceutical treatments for generalized anxiety disorders, phobia-related disorders, panic disorders and post-traumatic stress disorder.

“It is a starting point for the development of new drugs,” Van der Stelt said in a press release. “We have now shown that anandamide is responsible for forgetting anxiety, pharmaceutical companies can focus on a new target. And then you have two options: look for molecules that stimulate the production of anandamide or look for molecules that reduce its degradation ”.

Cannabis in the brain

When you smoke a joint, the active ingredient THC makes you feel relaxed. But there are also side effects, such as increased appetite or "immediate" memory loss. What about our own body? Mario van der Stelt, professor of molecular physiology, asked himself this question five years ago. He decided to start a line of research to find out, and was awarded a Vici grant from the Dutch Research Council in 2018. Two years later, in 2020, he and his team were the first in the world to inhibit the production of 'anandamide in the brain, thus revealing the true nature of this substance: it helps us forget traumatic memories and reduces stress.

The research began in 2015, when Elliot Mock, the publication's first author and doctoral candidate at the time, and master's student Anouk van der Gracht, managed to get their hands on the NAPE-PLD protein. This protein is responsible for the production of anandamide in the brain. The next step was to find a compound that stops this protein from working. Because the idea was that if you inhibit the production of anandamide, you can study its biological role.

Finding such a substance turned out to be quite a feat. Van der Stelt then turned to the European plant in Oss, the Netherlands, which was co-founded by his research group in 2013 and which specializes in the rapid screening of hundreds of thousands of substances. It had to get EU approval first before a fully automated system could start looking for the compound that inhibits the protein. In fact, it required 350000 mini reactions, each with a different substance, ”explains Van der Stelt. They did this with the help of robotic arms from the automotive industry. It only took three days to screen 350 substances, which is very impressive ”.

to read :  The combination of cannabinoids and chemotherapy against leukemia

At the end of the screening, a success appeared: a promising molecule to block the production of anandamide. But this molecule was not yet ready, ”says Van der Stelt. So Elliot got to work. Mock optimized the molecule and, along with a number of students, spent two years synthesizing over 100 analogues - molecules that differ slightly from each other. One of them finally revealed the function of anandamide in the body.

We then started working with Roche Pharmaceuticals to analyze whether our optimized molecule reached the brain, an essential condition. By this time, cell models had already identified the analogy that worked best and the researchers named it LEI-401. Roche then confirmed that LEI-401 did indeed reach the brain. Then we and researchers from the National Institutes of Health (NIH) in the United States investigated whether our substance actually worked in the brain. It turned out to be the case, ”explains Van der Stelt.

After three years, the way was finally open to answer the burning question: what is the physiological role of anandamide? This time, Van der Stelt brought in partners in Canada and the United States to study the physiological effects of lowering anandamide levels in the brain. In animal models, LEI-401 means traumatic memories are no longer erased. In addition, the level of corticosteroids was elevated and a region of the brain responsible for coordinating the stress response was activated. We can deduce from this that anandamide is involved in reducing anxiety and stress ”.

Dr. Van der Stelt's research paves the way for new ways to treat anxiety disorders such as PTSD. It is a starting point for the development of new drugs. As we've now shown that anandamide is responsible for anxiety forgetfulness, pharmaceutical companies can focus on a new target. And then you have two options: look for molecules that stimulate the production of anandamide or look for molecules that reduce its degradation ”.

What does scientific literature say?

Anandamide is an endocannabinoid (a version of chemicals also found in cannabis) that takes its name from the Sanskrit word ānanda, which means "bliss" or "happiness." In the Veda scriptures of Hinduism, ananda refers to a state of rapture which can accompany the cycles of rebirth of reincarnation. In The Power of Myth, Joseph Campbell discusses the archetypal symbolism of ananda in the context of his famous maxim, “Follow your bliss”.

In the daily lives of many amateur joggers, anandamide works with endorphins and other neurotransmitters to create a “runner's high”. Over the past two decades, countless studies have shown that vigorous aerobic exercise stimulates the production of endocannabinoids in the brain.

to read :  Weed of the future or custom cannabis is soon possible!

Graham summarizes in his article the results of this pioneering study on endocannabinoids:

“The researchers trained mice to associate a tone with receiving a shock. Once the real shock was eliminated, normal mice eventually forgot about their previous experience and realized that they shouldn't be afraid of sound anymore. Mice designed not to have receptors for cannabinoid chemicals in the brain, on the other hand, continued to fear sounds, suggesting that they were unable to forget their negative experiences.

In 2004, a summary article publié British Journal of Sports Medicine provided a comprehensive overview of the rapidly emerging interest in the XNUMXst century in a possible link between endocannabinoids and aerobic exercise. As the authors explain:

“The intense psychological experiences brought on by the activation of endocannabinoid receptors are surprisingly similar to the experience of a runner's euphoria. For comparison, the mental changes that accompany long-distance running include analgesia, sedation (post-exercise calm or glow), reduced anxiety, euphoria, and difficulty estimating the time that past ".

The title of the book, The Athlete's Way: Sweat and the Biology of Bliss (2007), was inspired by the link between the runner's state of euphoria and “the bliss molecule” (anandamide).

Anandamide is called "the molecule of bliss" by neuroscientists and is the key to feeling good when you sweat. One day I was riding a bike when the idea of ​​sweat and anandamide suddenly found its way into the words "sweat and the biology of bliss". The sweat on the outside represents anandamide and other brain chemicals that pump inside. All I imagine now when I see people sweat is the zest for life that emanates from their bodies and the happy endocannabinoids pumping inside their brains, symbolized by the sweat flowing from their skin ” .

Wired article reveals a study led by scientists from the American firm Organix, who are striving to discover new pain-relieving molecules: these are also present in echinoderms, alias Urchins.

Le 2-arachidonoyl glycerol (2-AG) is another endocannabinoid that is produced naturally by the human body. And like anandamide, it has an effect on CB receptors in the central and peripheral nervous system.

Scientists suggest that to erase an unpleasant memory, the body's innate cannabinoids flood the amygdala, the brain's fear center, and inhibit the action of nerve cells. According to Pankaj Sah of theAustralian National University, " substances that target these molecules and their receptors could be useful new treatments for anxiety disorders" page (in French). 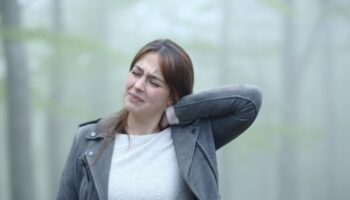 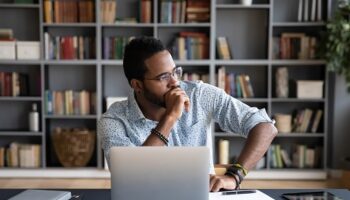 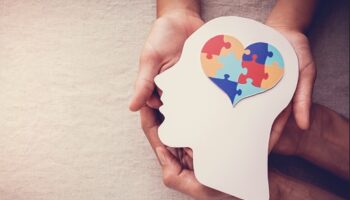