Head of the German police officers' union for decriminalization

Content hide
1. André Schulz, the leader of the criminal police officers union in Germany, wants to decriminalize cannabis.
1.1. Limited legalization of medical cannabis
1.2. For an acceptance of cannabis
1.3. A precedent last November

André Schulz, the leader of the criminal police officers union in Germany, wants to decriminalize cannabis.

Andre Schulz told the German tabloid picture that the current system banning the use of marijuana stigmatizes people and "allows criminal careers to begin". He advocates decriminalization.

He is the head of the Association of German Criminal Police Officers (BDK), which has around 15 members.

Already in 2016, a authorization had been given to a sick person to cultivate for his own consumption.

Then, in March of last year, a order, for a limited number of patients, provided access to medical cannabis.

So, in November, a survey from health insurance companies indicates that more than 13 people had requested to receive medical cannabis. Thus, this figure greatly exceeds the 000 annual patients prescribed by law.

For an acceptance of cannabis

According to Schulz, the ban “has always been viewed as arbitrary and has yet to be implemented intelligently or productively. "

“In the history of mankind, there has never been a drug-free society; it's something that has to be accepted. "

For him, cannabis will not remain illegal for very long in Germany.

According to him, the country should rather help drug addicts to recover, to protect children and young people. He believes the state should promote responsible cannabis use. Adding:

"There are better options in drug policy than relying heavily on repression."

However, he also believes that cannabis must remain out of reach of motorists.

This is not the first time that Schulz has criticized drug policy in Germany. "The ban failed," he said in November during a conference in Berlin, in the presence of politicians, consumers and experts.

In January, he told Hamburger Morgenpost that the fight against drugs doesn't stop the right people and uses too many police officers.

"In 70% of drug-related cases, the police deal with the consumers, not the dealers." 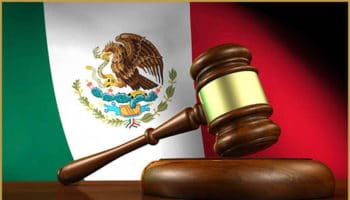