Trump says: we will not stop medical marijuana

Legal on May 16th Law Trump
Trump said: we will not stop medical cannabis
Content hide

Donald Trump will not fund measures against medical cannabis patients

The US president's first mention of cannabis was last Friday. But only with regard to its medical use. Trump signed the federal budget and, like Obama before him, approved the clause that says the government will no longer fund enforcement action against medical cannabis users. However, he did not address the issue of recreational cannabis.

The complete stop of funding against medical marijuana

A few hundred days have passed since Donald Trump was elected President of the United States. However, he still hadn't addressed the issue of cannabis. And even once ... But last week Trump signed and ratified the federal budget. One clause states: "Complete stop funding the Department of Justice and the DEA for federal medical marijuana law enforcement." "

to read :  Latest advances in legalization in North America

In light of this signature, “anti-cannabis” raids should fade away. Notably against on medical marijuana stores and dispensaries in the United States. Even if today federal law indicates that cannabis is considered a hard drug at the same level as heroin. This signing continues the policy of the Obama administration. But unlike the former president, who took a similar step with law enforcement in states with full legalization, Trump has yet to address the issue of regulating the recreational cannabis market. .

"The Department of Justice will not be able to use financial resources to prevent the implementation of medical marijuana laws in countries and regions [in the United States]" adding "This regulation will be maintained, it is my duty to ensure that the law is fully preserved. "

Since the early 90s Trump has expressed a clear position in favor of legalization. During his last election campaign he declared that he will not interfere with legalization. “This is a decision of each country,” he said. On the other hand, His Minister of Justice, Jeff Sessions, not being a fan of cannabis, said that:

"The state can pass whatever law it wishes, but that is still a violation of federal law." "

Just because you didn't have to pay for this information doesn't mean we don't need help. At Canna-Media, we would continue to fight disinformation and medical separatism. To maintain information, your support is essential
Donate in crypto
Tags : LawTrump

Green Party in Finland calls for legalization and regulation of cannabis 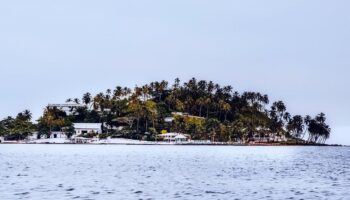 Panama legalizes medical use of cannabis