Tutorial on Cannabis Defoliation: How to Increase Yields by Removing Leaves

La defoliation is a cultivation technique which consists in removing the leaves of the plant, thus modifying its growth process. The aim of the technique is to maximize the yield of production in small spaces. For this reason, this technique is especially useful for small-scale indoor crops and for growers who are interested in maximizing their bud production. However, defoliation is an aggressive technique, its use is not without controversy. Here is the evidence that defoliation works perfectly: 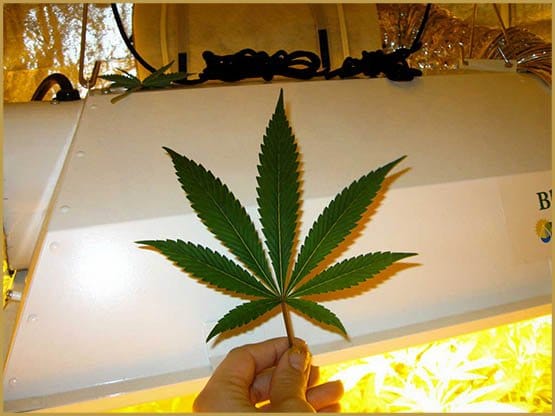 This technique is not recent, its practice is also usual in garden centers, especially in the art of bonsai. In agriculture it is commonly used for tomato plants. Defoliation applied to the cultivation of cannabis consists of removing the leaves of the plant at certain stages of its growth but in order to obtain more quality and quantity at harvest. We talk about defoliation when we remove between 20% and 90% of the total leaves of the plant.

With defoliation we do not eliminate the branches, only the lower shoots and the leaves that we find around them. But, you must first know what are the results of choosing defoliation:

Defoliation is a relatively simple process, but it comes with its risks. This technique is compatible with any cultivation method (hydroponics, soil, coconut, etc.). Take your time and be precise with your scissors, a bad cut can damage future buds.

Defoliation in the vegetative phase

This step requires only one defoliation. Make sure the plant is healthy and has grown enough. Cut only the largest leaves, leaving enough leaves for photosynthesis. Indeed, the plant must continue to feed and return to a healthier and stronger growth (this is the goal).

Young plants are more vulnerable. But starting at the vegetative phase we train the plant and prepare it for future defoliations. Although you should be aware that it is a risk. In addition, getting rid of the leaves will help us with diseases. If there is no leaf, there is no vermin, and no moisture problems, such as powdery mildew. On the other hand, by removing excess foliage we will maximize the energy of the light, which will reach the lower areas. In addition, defoliation will promote air circulation.

Defoliation seems to slow down root growth, it can cause a great imbalance for a plant which is in the vegetative stage. But this delay lasts for the time of recovery, until the plant has established a new balance. The amount of nutrients available will be very important. If soil nutrient levels are low, defoliation will hit our plant hard.

Be patient, we are stopping the growth process of the plant momentarily. A defoliated plant will grow ever more slowly. In a few days, the plant will find thick and strong foliage.

Defoliation in the flowering phase

By cutting the leaves during the flowering phase, we stimulate the production of auxin, which is the plant hormone responsible for the growth of floral parts and their maturation. In this way, when the plant recovers, the buds suddenly grow, swelling suddenly.

Defoliation in the flowering phase takes place in 2 phases, and thus 2 defoliation. After the 1e week of flowering, aWait for the first pistils to come out. Not one or two but several… Cut off all the large leaves and leave the smaller leaves. In about 3 days afterwards new ones will sprout, and 7-10 days later you will find thick foliage.

Around the 3th week of flowering, make sure your plants have recovered. The leaves have started to grow again and are bushy, then repeat the previous process. You will see that the buds have sprouted and many are covered with leaves. Your mission is to leave them exposed to the light, especially the lower ones, and to prevent the plant from having areas of shade.

Warning ! Do not get too close to the buds when cutting. By defoliating the calyx and lower areas, the plant is guided to focus its energy on the buds. In this way, we avoid the formation of small flowers (those that we throw away in the end). The goal is for the final production to be quality, dense and uniform buds.

So far we have shown you the good side of this technique. But a plant without leaves is something shocking and, in a way, paradoxical. This reason divides the opinion of the cultivators. A plant needs leaves. These not only act as solar panels, to carry out photosynthesis and its internal processes. But they also fulfill the function of storing this energy for use when the plant needs it.

Defoliation  removes the main energy receptors of the plant but we also deprive her of this stored energy when she needs it. In addition, some sorches do not respond well to defoliation. Each variety reacts differently. The major risk of defoliation is that we do not know how our plant will react. Finally until we see the results… Nature is a model. It will always be better to respect the processes of the plantwho grows naturally. In any case, we do not defolish when:

The fact that the leaves are forced to regrow requires a lot of effort for the plant and it can wear it out. As a result of failed defoliation, we will obtain uniform buds, but in fewer numbers. They will be less dense and weigh less, ultimately they will be of lower quality.

You already know the objectives and advantages of this technique. In continuation, we will synthesize the argument with which the partisans of defoliation justify the elimination of the leaves. In outdoor crops, the sun is the source of energy. The plant grows by adapting its shape to its trajectory, by exposing itself or shading itself, taking and leaving the nutrients it needs or not.

But when we grow inside we have control total light. But also the control of the administration of food, nutrients and environmental conditions. The plant does not require so much this storage of energy and nutrients that the leaves are. Likewise, it does not need to have large leaves to absorb solar energy, nor to protect its fruits from the sun, nor a thick foliage that protects it from pests.