Genetically Modified Cannabis (GMO) - Is The Monster Real This Time?

The genetic modification does not exactly evoke the intentions of trust and good faith. In fact, it tends to evoke something of the sort like Wolverine's flashbacks to the cruel lab experiments performed against him and against his will. And with that in mind, not many people would be excited to consume GMO cannabis that weird, maniacal scientists would play creator with in an obscure and top secret government lab ...

How genetically modified cannabis is close to becoming an ordinary commodity or even the new norm in the booming industry and how much of the fear associated with this perspective stems from a misinterpretation of genetic modification ?

These are questions that anyone involved in the cannabis industry in one way or another wants to get answered.

A few years ago rumors of the use of genetically modified cannabis in the market swirled around the internet, fueling doubt among average cannabis users as to the origins of their products. However, these turned out to be nothing more than myths, debunked by experts. Much of the fake news arose out of the confusion between genetically modified cannabis and the most potent cultivars on the market today, the result of years of selective breeding.

“So if you have a GM plant, you can introduce multiple copies of THC-synthesis to produce more THC, but there are also ways that nature will do this through gene duplication… CJ Schwartz, from Marigene, doctor in biochemistry from the University of Wisconsin and expert in cannabis genetics, explained to the High Times.

But now the problem is real. Experts believe that Big Agriculture has its big eye Sauron on the cannabis industry.

"The cannabis industry should be aware that sooner or later there will be Big Ag at play in this industry," explains the Dr. Reggie Gaudino of the Steep Hills Cannabis Lab, based in Berkeley. “And Big Ag uses exactly these techniques [genetic modification]. We're working to help today's population of farmers and ranchers stay relevant when Big Ag comes knocking on the door. "

Like genetic modification, big companies tend to invoke the same kind of fear and mistrust, perhaps because the two often seem to go hand in hand with monopoly, creating a terrible triangle with few breakaways.

Monsanto, the leader in genetic modification, was recently acquired by Bayer, the leader in the pharmaceutical industry. How does the Monsanto and Bayer merger affect the cannabis industry? The main gate is Miracle-Gro.

Monsanto and Miracle-Gro are already partners and the latter has already more than manifested its intentions:

“Invest, for example, half a billion in the pot. It's the biggest thing I have ever seen in the lawn and garden, ”says Jim Hagedorn, CEO of Miracle-Gro.

To give his statement even more solid expression, Hagedorn has already purchased three of the industry's biggest cannabis producers - Botanicare, Gavita and General Hydroponics. But others, like Hydroponics Lighting, resisted:

“They want to bypass the hydroponics stores. When we said we weren't going to bed, they said, “We could just buy your business like we did with Gavita and do whatever we want,” said a representative from Hydroponics Lighting.

On the one hand, the bad reputation of genetic modification could have an impact on some of the natural efforts to improve cannabis products, which are the norm for agriculture.

“The future is not necessarily a bad thing when it comes to cannabis genetics. It's about figuring out what you can do with it, ”says Dr Gaudino. “I think a lot of people are afraid of it because of genetics. In reality, it's something that all agriculture does because it makes sense, because we have the tools and the technology, and we can do things more profitably and smarter. It does not necessarily mean that we are abandoning the farm. "

On the other hand, other experts think that cannabis, a symbol of the spontaneous magic of the mother and her purified healing power, people will never turn away from the transparency of artisanal and natural products. and will turn to genetic modification.

to read :  Las Vegas is about to become the new Amsterdam

“I don't think there is anything GMOs can do for the cannabis that we need that cannot be achieved with advanced plant breeding techniques,” says Mowgli Holmes, CEO of Phylos Bioscience. “GMOs can produce glow-in-the-dark cannabis, but we don't need it. "

And at the end of the day, even the most powerful corporations are helpless in the face of an indifferent consumer. As long as there are people who support good old-fashioned cannabis cultivation, combined with innovative, yet natural and transparent practices, the monsters will remain locked in and hungry.

In another interview for GanjapreneurDr. Gaudino shares some words of wisdom that producers can use to prepare for a possible storm:

“The message Steep Hill is trying to get across is this: If you're a breeder the best thing you can do right now is get high. "

“Finding those nuances, going beyond these unique new strains, trying to develop better phenotypes so that you can have some relevance in a few years. There is not a single producer who has the serious power to compete with companies like Monsanto or Dow Agrosciences. "

“The only thing left to do is put your stake in the ground and protect your efforts so that when everything on the shelves becomes open source, you have something better to offer the community. This is exactly the message we are trying to get across. " 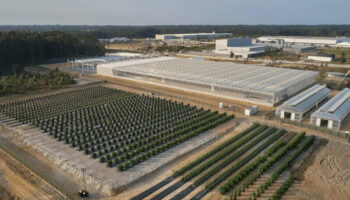