In January, the French National Agency for the Safety of Medicines and Health Products selected Aurora as the main supplier of dried flowers for the pilot project. Four strains have been licensed: 10/1 XPE, a high THC strain, 8/8 XPE, a balanced THC and CBD strain, and Aurora 1/12 XPE, a high CBD strain.

to read :  Colombia to allow export of 2 million cannabis seeds

The first prescriptions of dried medical cannabis under the French pilot program are an important step towards patient access and will support the destigmatization of medical cannabis in France ”, said Aurora CEO Miguel Martin, communicated.

In October 2020, Aurora and Ethypharm agreed with the French government that Aurora would be responsible for sourcing medical cannabis from its EU GMP-certified Aurora Nordic facilities in Odense, Denmark, while Ethypharm is responsible. of distribution.

“We want to be a driving force in supporting patients with chronic pain when there is no other treatment option than medical cannabis,” says Jean Monin, COO of Ethypharm.

France is one of a handful of European countries that are experimenting with the distribution of cannabis for medical purposes by launching temporary pilot programs. While some cannabis producers often tout potential future deals in these European markets, not all of the pilots have gone smoothly.

to read :  The first investor symposium in Hong Kong

Le Denmark program saw strong patient adherence early on, but patient access has collapsed to less than 500 people - about half of the program's peak two years ago.

Experts have warned that it will likely be many years before the regulated European medical cannabis industry, which is already hyper-competitive, sees significant revenue opportunities. For example, Germany imported just 9231 kilograms of cannabis flowers for pharmacy distribution last year, less than the 14 tonnes of cannabis reimbursed to Canadian veterans that year. 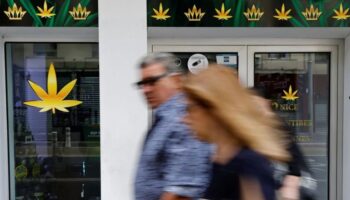 France: a deputy waves a joint and calls for legalization