The 5 culinary myths around cannabis - Don't be fooled by rumors anymore, especially when it comes to food

For a casual user, some more intense methods such as concentrates are not appealing. They are looking for a simpler and more flexible way to use marijuana. It is evident that the edible industry is booming, with more casual users on the scene. To Sunday cooks, here are some myths you should know, as well as the main ingredient necessary in the kitchen: Marrakech butter.

# 1: throw some weed in your brownie mix

THC needs to be bound in some kind of fat or oil. The best way to make your Brownies psychoactive is to cook the plant matter with butter and strain it all. We use the compound instead of butter, oil in the recipe for "Brownie". Just throwing herbs into the recipe is wasteful and will probably result in a very bad “Brownie” when tasting.

to read :  Carrying cannabis on an airplane is now possible

# 2: you can overdose on food marijuana

There is no such thing as a fatal marijuana overdose. Edibles made from cannabis will simply make you sleep, or vomit before you can ingest enough marijuana to kill you ... However, driving is strongly discouraged, in high doses.

# 3: You can make desserts with "Marrakech butter" (cannabis butter).

False. Obviously people, people who think so, forget to notice the multitude of ingredients that make up a dessert ... Butter and oil are used in almost all cooking recipes, and cannabis must be considered as such, otherwise you will be out. race…

# 4: Mangoes increase the potency of weed.

This rumor started because mangoes and cannabis contain myrcene, a terpenoid which contributes to flavor and odor… According to High Times no formal study in this direction has been made, and this "mango mojo" is very probably a placebo effect.

to read :  Budzai: The Toronto artist who grows in spirals

(Bonus) Fast recipe of the butter of Marrakech

Let cool & use it all, in your cooking recipes !!

Just because you didn't have to pay for this information doesn't mean we don't need help. At Canna-Media, we would continue to fight disinformation and medical separatism. To maintain information, your support is essential
Donate in crypto
Tags : AlimentaryNewsrecreative 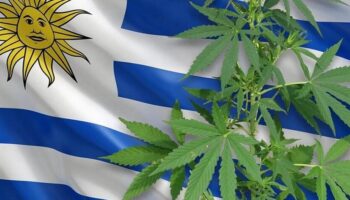 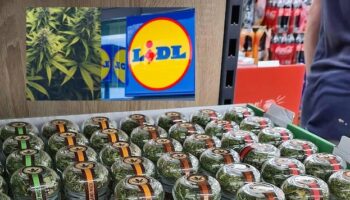