A monocentric experiment on the symptoms of refractory gastroparesis

Cannabinoids are increasingly used for medicinal purposes, including the neuropathy. Gastroparesis is a neuromuscular disorder and neuropathy plays an important role in its pathogenesis. It is therefore reasonable that cannabinoids can play a beneficial role in the management of gastroparesis. This new study assesses the effect of cannabinoids on symptoms of gastro paresis.

The socio-economic impact and the harmful effect on the quality of life resulting from gastroparesis are significant and increasing in recent years. More than 10% of patients declared that they were disabled due to their condition, while many other gastroparetics declared that they had missed work days and therefore lost significant income. Hospitalizations for gastroparesis increased by> 150% over 1995-2004 and> 300% over 1997-2013. Although the exact prevalence of gastroparesis in the United States is unknown, it appears to be an underdiagnosed, and therefore undertreated, disorder.

The pathophysiology leading to symptoms of gastroparesis is not fully understood, although neuropathy probably plays an important role in its pathogenesis. The alteration of normal phasic motor activity in the distal stomach produces the clinical manifestations associated with delayed gastric emptying. The frequency and direction of phasic motor activity is regulated by the slow gastric wave, a rhythmic electrical oscillation, which is generated by the interstitial cells of Cajal in the proximal gastric body - this area is therefore known as the “stimulator” area. of the stomach.

Treatments for gastroparesis often focus on improving gastric motility, although data regarding the correlation between the degree of delayed gastric emptying and symptom manifestations are variable. Other treatments in gastroparesis are aimed at controlling its associated symptoms and include antiemetics and neuromodulators. The latter group of drugs has often been used to specifically treat abdominal pain, despite a lack of efficacy seen in clinical trials.

In this study, 24 patients with gastroparesis and refractory symptoms were selected from a single gastroenterology practice associated with a tertiary care medical center. The effects of cannabinoids on symptoms of gastroparesis were evaluated prospectively in these XNUMX patients.

The patients included in the study first needed a confirmed diagnosis of gastroparesis via a gastric emptying study using scintigraphy: which is used to determine how quickly food is conveyed from the stomach to the stomach. small intestine. This showed a delayed gastric emptying, and by esophagogastroduodénoscopies (EGD) which excluded any mechanical obstruction (stop of intestinal transit). Only patients with symptoms refractory to standard gastroparesis treatments were included (diet modification, medication (prokinetics, antiemetics, and neuromodulators), endoscopic therapy (for example, botulinum toxin injections) and some patients had implantable gastric stimulators and / or surgical pyloroplasty).

Patients were prescribed either dronabinol, medical cannabis, or both for symptom management. Those who received both treatments were prescribed them successively (dronabinol then marijuana) if dronabinol did not relieve the symptoms sufficiently. Marijuana was prescribed as needed, at varying THC / CBD levels (at the discretion of the cannabis dispensary) and taken by vaporised inhalation or sublingual drops. The dose of dronabinol ranged from 2 to 10 mg twice a day to four times a day. Patients completed a GCSI form, a valid symptom index for gastroparesis, before and after treatment

The "Gastroparesis Cardinal Symptom Index ”(GCSI) and an analog scale assessing abdominal pain were applied to prospectively assess the effect of cannabinoids, in the form of dronabinol and medical cannabis, on the symptoms of refractory gastroparesis. Patients completed a GCSI form and assessed their abdominal pain before and after treatment. There have been at least 60 days of cannabinoid use between reporting intervals. Total composite scores for GCSI symptoms, GCSI scores for symptom subsets, and abdominal pain scores were calculated before and after treatment.

Cannabinoids, mainly delta-9-tetrahydrocannabinol (THC) and cannabidiol (CBD), are increasingly being studied and used for medicinal purposes. Dronabinol, a synthetic analogue of THC, is used for nausea, vomiting and anorexia in the human immunodeficiency virus (HIV) and cancer, although it has been used for the management of symptoms in d other conditions. Newer and more effective treatment options for gastroparesis are needed and cannabinoids are a promising option. The aim of the study was to assess the effects of cannabinoids on the symptoms of refractory gastroparesis. 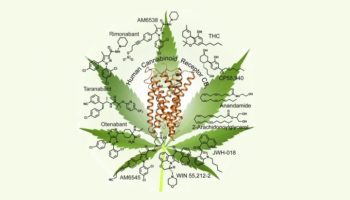 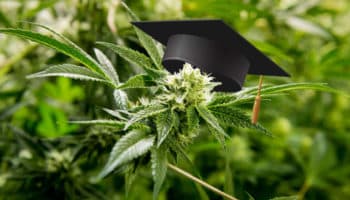 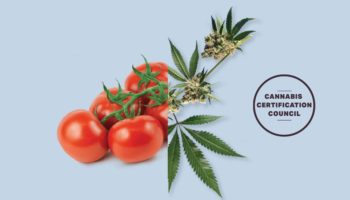