Cannabis, a blessed bread from a remote corner of Senegal

Most Senegalese farmers live on peanuts or vegetable crops. But here, sheltered from innumerable branches of water and dense vegetation, the pungent smell does not deceive: it is indeed cannabis which constitutes the main resource.

Its consumption formally prohibited by law, its detention and its production considered illegal, cannabis continues to generate profit. In some localities of the country, this drug is cultivated well. This is the case of Kouba, a locality located in Basse-Casamance, not far from Kafountine (region of Ziguinchor). At the time when most Senegalese peasants live on peanuts or vegetable crops, this is not the case in Kouba. In this Casamance island, sheltered by innumerable branches of water and dense vegetation, the acrid smell does not deceive, it is indeed cannabis that constitutes the main resource, revealed the Slateafrique website. In an article published Wednesday January 8, 2020, it talks about the lost villages of this remote corner of Senegal at the mouth of the Casamance river on the Atlantic which are only accessible by sneaking in a pirogue between the Karones, a patchwork of islands with banks covered with mangroves, where caimans and rare birds nest.
On one of these islands, at the end of a sandy track, the women of the village of Kouba are busy at the corner of earthen houses. In the eyes of all, they separate the seeds from the hemp stalks and dry them on sheet metal roofs.

The Karoninkas (a population related to the Diolas who live mainly on the right bank of the Casamance River) live from this culture, however strictly prohibited in Senegal, where it is punishable by ten years in prison. However, this is far from dissuading people from cultivating this drug. “All these fields are reserved for hemp,” says Gaston Diaba, the mason of the village, without hesitation, pointing to a large area with fenced plots at the edge of the dwellings, next to the rice fields. His younger brother will say no less. "If you don't grow (hemp), you can't get away with it." Philippe, since it is about him that he is back in the sandy streets of his home town for a few days of vacation. And as if to clear his parents, he adds: "There is no road to go and sell vegetables in town, so we only grow them for food".
"If you don't grow hemp, you can't make it out"

In any case, the kilogram of onion sells for barely 500 francs, against 15 to 000 francs for the psychotropic plant, whose income flooded the islands from the 30s. His neighbor Ousmane stores several hundred in his garage kilos of brownish grass, bundled in bundles. “It's worth millions of francs,” observes Philippe Diaba, uncomfortable with so much merchandise. Cannabis finances the studies of young people or the search for a job outside the region. Tells him to stay away from a business that can get “a lot of trouble”.
For growers, no need to worry about delivery. The buyers come to get their supplies by canoe. The goods produced here help to supply the Senegalese market. The singular if not marginal geography of Casamance, not unrelated to the conflict led from the beginning of the 1980s by the separatists (Movement of the democratic forces of Casamance) against the central Senegalese power, is favorable to the traffic. To get there from Dakar, you have to cross or bypass another state, the Gambia. And the journey through the estuary labyrinth is still long until the Karones. The persistence over low heat of the Casamance conflict provides additional coverage, '' said the site.
The consumption of cannabis in Senegal, according to the same source, remains a concern for the authorities, says Matar Diop. The latter, controller general of the Senegalese police and member of the Interministerial Committee to Combat Drugs. And “Casamance is not an area of ​​lawlessness”.

The illicit cannabis crops discovered there are being destroyed by the defense and security forces, ”he said. Cheikh Touré, regional coordinator of the United Nations Office on Drugs and Crime (UNODC), praises Senegal as one of the good students in the fight against drugs in West Africa. He invokes the adoption, by this country, of a strategic plan of struggle until 2020, indicate our colleagues.
They recall, according to the text traveled by Dakaractu, that in 2017, the Senegalese authorities seized 12,8 tonnes of cannabis or resin. Information relayed according to them by the UNODC. Dakar signed in 2018 an agreement with The Gambia to strengthen controls on their common border. "The repressive actions of recent years send a strong message to the networks and to the producers," salutes Cheikh Touré.

In Kouba, the villagers say they have not seen a policeman for a long time. Victor Diatta, sociologist and mayor of Kafountine, the locality to which Kouba belongs, would like to see other activities emerge. The neighboring paradise beaches could attract many more tourists, including those from abroad. But, for tourism or the fishing industry, investments are needed and, for the moment, it is mainly Senegalese and Bissau-Guineans who come, for cannabis. The lure of easy money has taken precedence over all other considerations ”, regrets the young elected official… 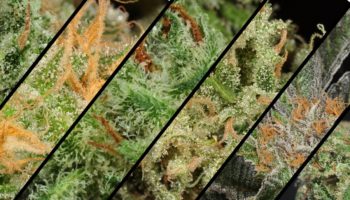 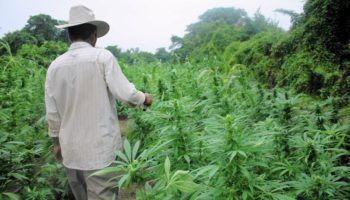